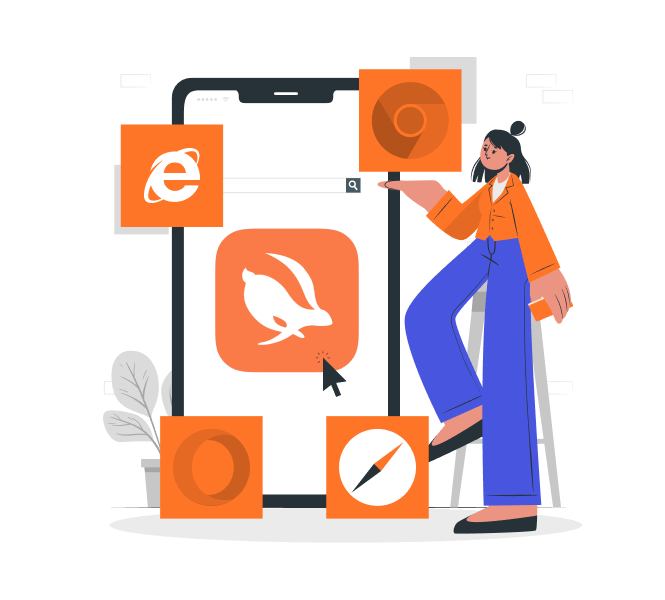 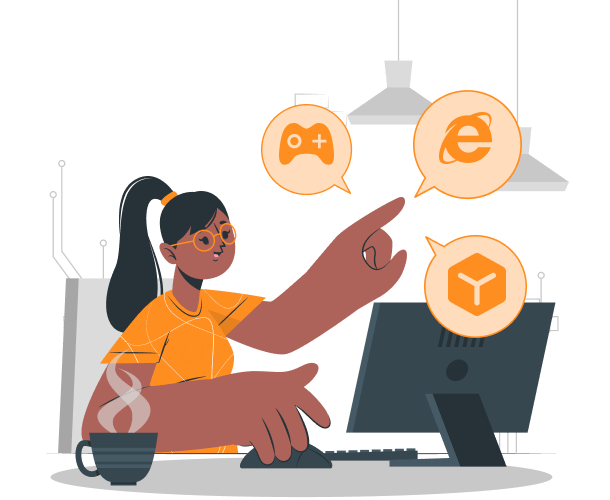 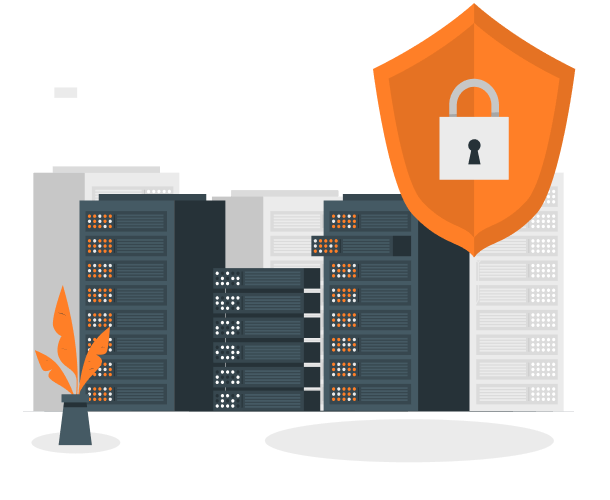 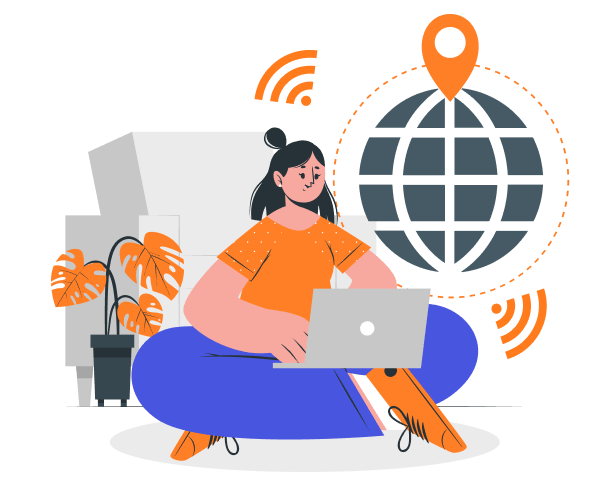 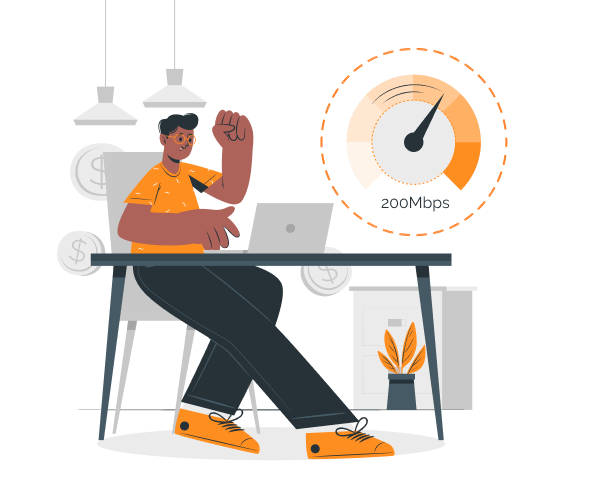 Путешествия
Wherever you go, you still can use Turbo VPN to enjoy the open internet anytime, anywhere. Access all the content and websites no matter where you at.

Transaction
Cybercrimes and data breaches are rampant nowadays. Use a reliable and secure to protect your online transaction and digital business.

Shopping
Compare the prices in different regions or countries by simply switching the VPN servers locations. Save your money and optimize your shopping experience.

Working
A reliable VPN keeps your IP address and online activities including file sharing, emails, or transactions private and secure. Use Turbo VPN to avoid potential tracking and data breaches.

Public Wi-Fi
Connecting to public Wi-Fi could be extremely insecure that might expose your digital information such as personal information, browsing history, and transaction. Use Turbo VPN on your devices to protect your digital privacy.
Получить Турбо VPN
How does a VPN work?

VPN works by routing your internet connection through a private tunnel rather than your ISP (internet service provider).

Here are some key terms to help you to understand how does a VPN actually works. 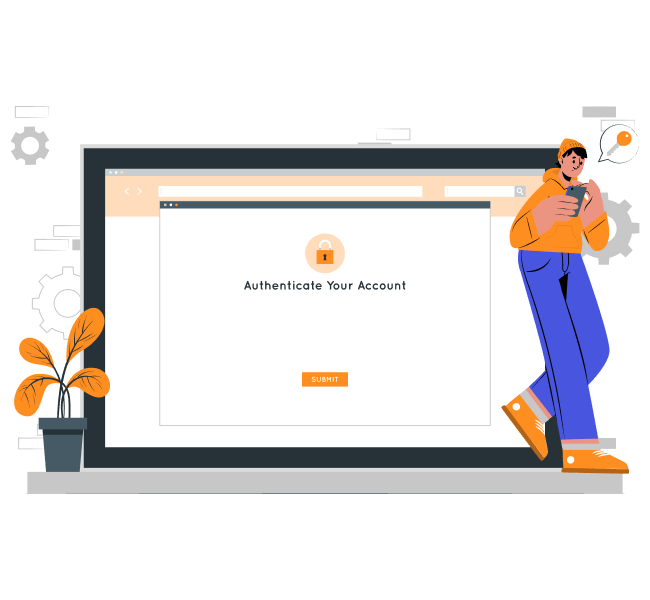 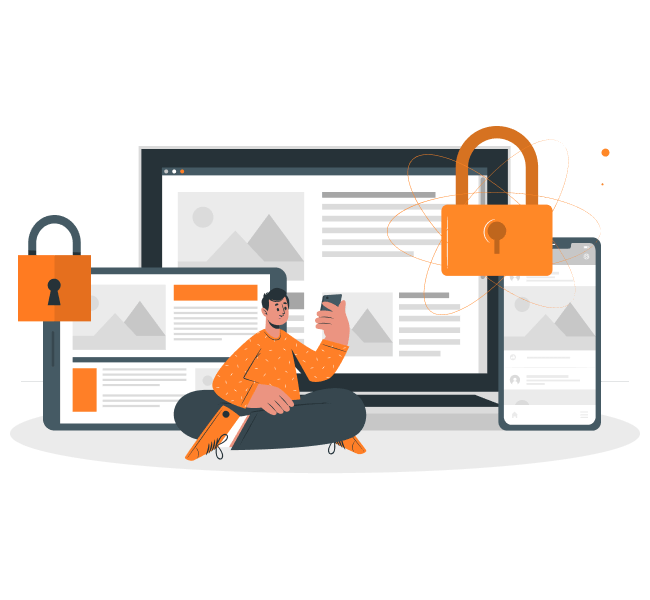 Encryption
Encryption is the process of generating a key to encrypt digital data. It makes your digital privacy to be inaccessible to unauthorized parties such as your ISP and hackers. A reliable VPN encryption keeps your online traffic, IP address, and browsing history private and anonymous. 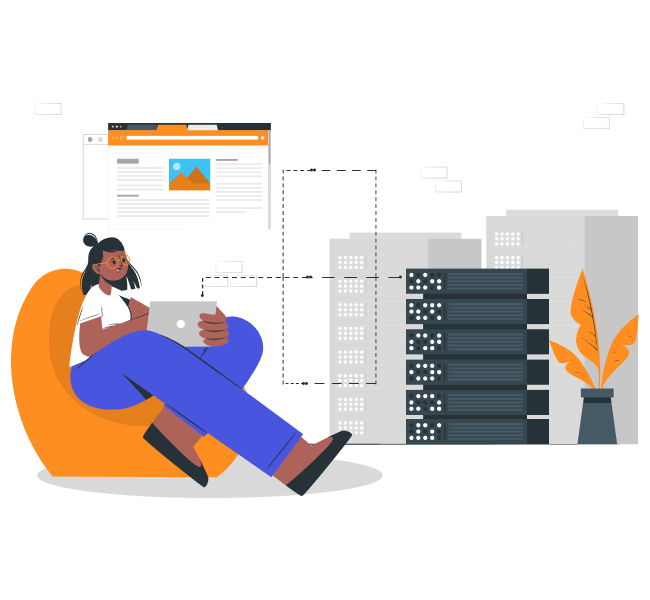 We believe in the equality and openness of the World Wide Web. And we believe that net neutrality is a universal standard for all internet users. That's why we offer both paid and free VPN services at the same time.

Our goal is to offer fast, reliable, and secure Internet access services to all people. Our free VPN service is known for: 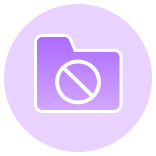 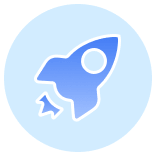 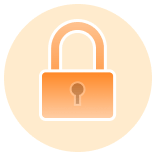 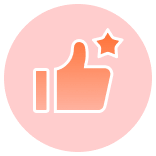 Upgrade to membership to unlock all features

Turbo VPN chooses the most suitable and optimized protocol automatically just for you and your devices. Turbo VPN provides several encryption protocols including: 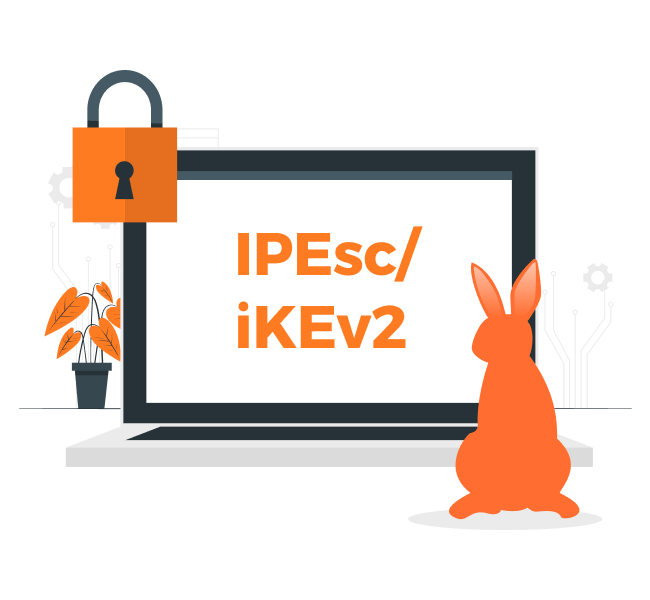 IPEsc/iKEv2
IPEsc and iKEv2 respectively refer to the Internet Protocol Security Suite and the Internet Key Exchange Version 2. IPEsc/iKEv2 is a protocol suite that works together, which is one of the most widely used protocols in the world. The IPEsc/iKEv2 protocol suite ensures the private tunneling between one's device and the internet is stable, fast, and secure. IPEsc/iKEv2 is also good at re-establish an internet connection when it was lost, which makes the protocol suite to be a great option for phone users who frequently change their wifi connection between hotspots, home wifi, and public wifi. It is natively supported by Windows PC, iOS, Android, and more. 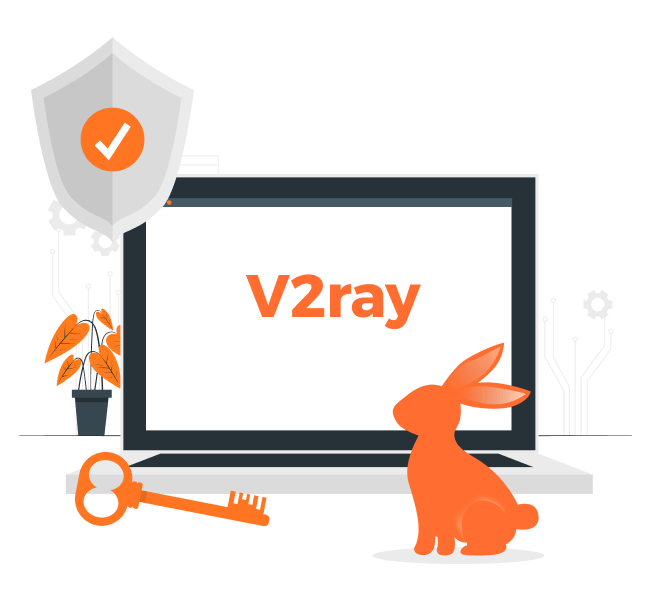 V2ray
V2ray is a set of tools developed by Project V that is responsible for network protocols and communications. V2ray helps you to build a private network over the public internet connection. It has numerous advantages, such as customizable routing that can route traffic easily by target domain, obfuscation servers that can bypass geo-blocking restriction, and it can be used on different platforms including Windows, macOS, and more. 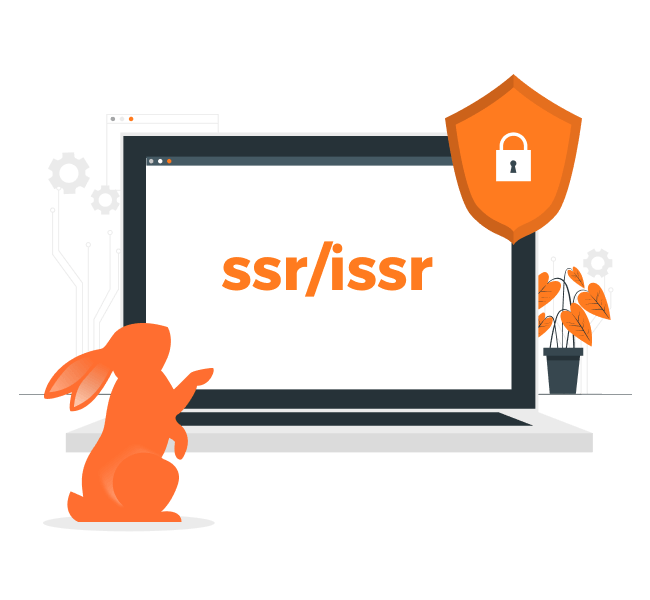 ssr/issr
SSR, also known as ShadowSocksR, is an opened-source SOCKS5-based proxy service. SSR allows you to circumvent certain censorship or geo-blocking restrictions but still can get access to your local content and websites. In other words, an SSR gives you a new IP address while it keeps your local address at the same time. Also, SSR is a simple and handy proxy service that it's easy to install on devices, which makes this proxy service to be a great choice for mobile users due to its convenience and flexibility. 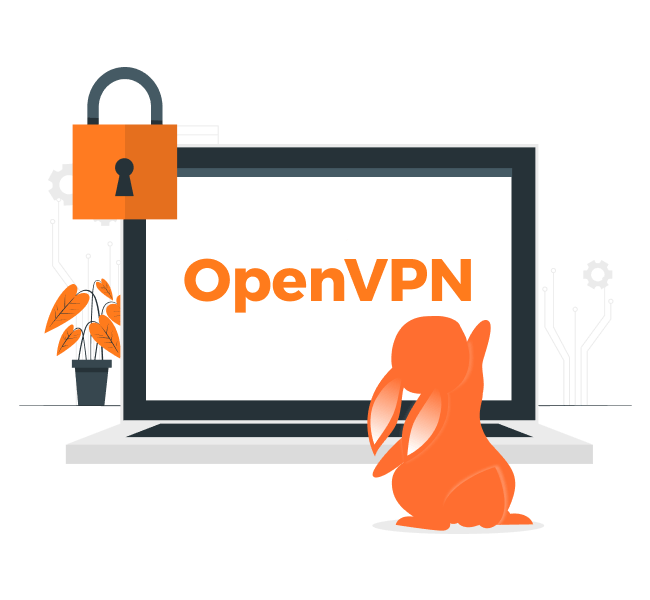 OpenVPN
OpenVPN is an open-source protocol, which is considered to be the most secure and reliable VPN protocol. It's also the most popular VPN in the world for its stability, reliability, and security. OpenVPN utilizes SSL/TLS to deal with its key exchange. It allows you to access content and websites with total freedom from point-to-point private connection. OpenVPN can be used on Windows PC, iOS, macOS, Android, and more. 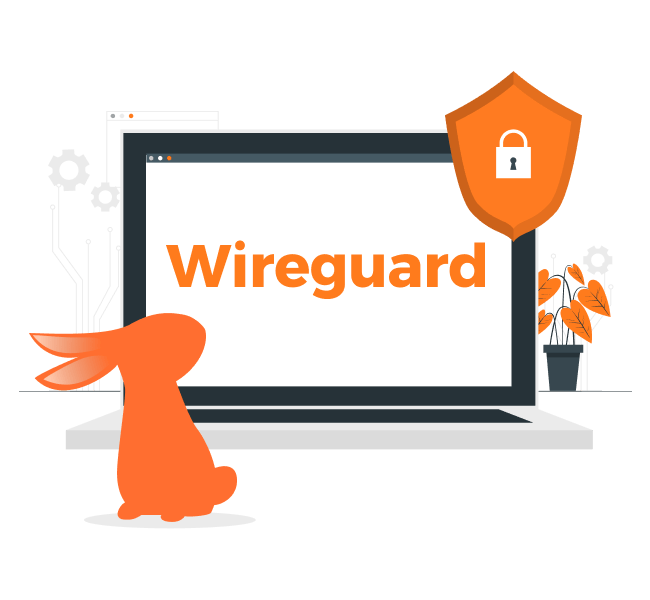 Wireguard
Wireguard is a fast and secure VPN tunnel developed by Jason A. Donenfled. It's a new and modern protocol that utilizes advanced cryptography. Different from other VPN protocols that were designed on gigantic codebases, Wireguard is easily implemented and easy to deploy or configure. Wireguard is suitable for mobile users for its fast speed at establishing connections and reliable internet connection. It's a widely deployable tunnel that it's available on Windows PC, iOS, macOS, Android, and more.
FAQ
Does a VPN protect you from hackers?
Yes, a reliable VPN proxy could encrypt your IP address and browsing history, which means that your online activities will be untraceable under protection from a VPN proxy. You could surf the internet with maximized security and anonymity with Turbo VPN.
Is using a VPN legal?
It's legal to use a VPN for browsing, playing, and working. There's no law against VPN usage in most countries.
Can I use Turbo VPN on my phone and computer at the same time?
Definitely! Turbo VPN is available on Windows, macOS, Android, iOS, and more. And up to 5 devices can be connected at the same time.
Is a VPN necessary?
Yes, you should use a reliable VPN proxy to protect your digital privacy and enjoy absolute internet freedom. Turbo VPN provides features such as private browsing, ISP throttling detector, AES-256 encryption, and more to ensure your online activities are fully encrypted and protected. Also, Turbo VPN offers 21000 servers in over 45 countries to help you to unblock all content and websites. You can enjoy numerous benefits by using Turbo VPN.
Is VPN dangerous?
If you use an unreliable VPN proxy for your devices, it will be extremely dangerous given the fact that an insecure VPN proxy could steal your information and expose your IP address. That's why you need a reliable VPN for your devices. Turbo VPN's strict no-log policy ensures you that all your sensitive information will be fully encrypted. Turbo VPN will never collect or track your online activities.
Get Turbo VPN in just 3 steps