Tumblr is one of the most famous social media sites, with over 100 million users. Tumblr has become one of the most popular social media platforms with individuals sharing pictures, videos, and brief texts. However, due to adult material or political restrictions, Tumblr is banned in many countries, including Iran, China, Indonesia, and Kazakhstan. Turbo VPN enables you to easily browse and use Tumblr without worrying being banned or identified by the service.

Since its debut in 2007, Tumblr has steadily risen in popularity, becoming one of the most popular blogging and social networking services on the internet. Creatives are still using Tumblr worldwide to bring their own experiences to life in 2023. In this post, we will explain how users circumvent governmental restrictions and censorship to access Tumblr.

How does a Tumblr VPN work?

Turbo VPN, a well-established and dependable VPN, hides your network connection and assigns a new IP address from a place of your choosing. It allows you to access and use your Tumblr account freely.

Features of a Tumblr VPN

Tumblr VPN must have the following features:

What free VPN works with Tumblr?

If you are concerned about your internet privacy but are not willing to commit to a premium service, a free VPN is an attractive option. However, as the quote goes, if something seems too good to be true, it almost certainly is.

Free services may introduce plenty of risks, particularly if you attempt to visit a site like Tumblr from a location where access is restricted. Free services often violate privacy rules by monitoring and selling your personal information and internet use. If you're attempting to circumvent restrictions, this may be very hazardous.

Advertisements and viruses are prevalent on free services, with the former indicating that user tracking is being used. Free providers lack the economic means to provide and update features such as camouflage modes and specialized surveillance centers. Therefore, they are unlikely to provide the security necessary to circumvent government prohibitions in the first place.

Free services often offer inadequate encryption (or none at all), putting you in danger. If you want to use a premium VPN service without risking your money, take advantage of Turbo VPN free trials! Turbo VPN has comprehensive money-back guarantees, allowing you to evaluate their services before committing to a membership. Moreover, Turbo VPN is compatible with Mac, Android, Windows and iOS devices.

Why do I need a VPN for Tumblr?

Regrettably, Tumblr is prohibited in several countries, either permanently or temporarily. However, even in jurisdictions where it is not - like the United Kingdom — businesses and schools may block access to the site.

A VPN is an excellent method to circumvent any online limitations since it routes your internet traffic via a private server, disguising your IP address and encrypting your data in the process. VPNs offer a plethora of other applications — several countries that prohibit Tumblr also prohibit other popular websites such as Netflix, so they have the potential to be the answer to a variety of surfing issues.

Additionally, like other social networking platforms, Tumblr is dense with connections to websites, forums, and online retailers. Constantly seeing 'this material is not permitted in your country' messages will grow irritating without tools to circumvent them.

Where is Tumblr blocked?

Tumblr is now prohibited in the following countries: China, Indonesia, Kazakhstan, and Iran. It varies from state to state. However, the reasons for the bans may range from the presence of pornographic material to the LGBT+ content on the site. In addition, the blogging platform is banned in Pakistan. Tumblr is blocked in many regions, and a Turbo VPN is the best option for getting over the restrictions.

How to unblock Tumblr anywhere?

If you've failed to visit Tumblr, the most effective way of circumventing this restriction is to make use of a VPN service.

A VPN conceals your internet connection and tunnels out to a different location via the internet. Using a virtual private network (VPN) to connect to another location inside your nation may be an option if Tumblr is banned on your local network.

You'll need to utilize a VPN to tunnel out of your nation and access Tumblr from another country if Tumblr is banned across your area.

The good news is that Turbo VPN services are very simple to use and come in the form of simple bits of software for your desktop computer, Mac computer, or mobile device that take care of all the technical elements.

Accessing Tumblr with a VPN is very easy. Just follow the following steps:

When visiting Tumblr, always make sure that your VPN is turned on. This will guarantee that all of your internet traffic is encrypted at all times.

Does Tumblr know my IP address?

Tumblr also has the capability of determining your IP address, which is useful for fraud prevention. This is a one-of-a-kind number that is used to identify your machine on the Internet. That number, on the other hand, cannot be used to identify you by name. IP addresses assist Tumblr in its efforts to fight malware, spam, and identity theft. If your IP address is used to check a database containing geolocation information, Tumblr may record your geographical location.

Are free VPNs safe for Tumblr?

VPN services are offered from a number of different providers. However, although some are legitimate, others are rogue businesses that provide low to no-cost services in order to lure freeloaders. But in the process, they may be stealing from you in the background. Or, even worse, they might copy your browsing habits and use them against you.

Virtual private networks (VPNs) are monitoring your private data as it passes through their VPN services. This information is gathered and sold to third parties, who may target you with spam and malicious software. There are a few free VPNs out there that will steal your bandwidth as well as your data. In a nutshell, they might make your computer act as if it were another web server, allowing others to route via your internet connection and access your data.

Is Turbo VPN free for Tumblr?

Yes, Turbo VPN is completely free for Tumblr users. Free WiFi has been made available by the office and the varied organization. They do, however, use a robust firewall to prevent your tool from getting access to the majority of critical websites. Social media platforms such as Facebook, Instagram, Twitter, and Tumblr are examples. Therefore, Turbo VPN is an essential software for customers who are often associated with a public community. Because Turbo software may save you time by keeping track of your visitors' sporting activities. A high-speed proxy server is used to exchange statistics between your computer and the rest of the world. As a result, I highly recommend using Turbo VPN for Tumblr.

Turbo VPN allows you to use an unlimited amount of bandwidth to unblock websites. It prevents your WiFi hotspot from being hacked by hackers. When you connect to Turbo VPN, you will easily establish a secure and encrypted connection without any difficulties. No one will be able to steal your sensitive information after you have connected to our Turbo VPN.

Another excellent cause to make use of this VPN is that it will assist you to access geo-restricted content. It enables you to unblock restricted websites and applications like Tumblr and Twitter, regardless of your location. It changes your location on a mechanical basis and allows you to access worldwide content banned in your region.

We always recommend utilizing a Turbo VPN to protect your online activities. You can use this app when sending payment messages, watching sports or playing games online.

Tumblr is no exception to this rule. Whether you're seeking to unblock material in your country or are looking to circumvent blanket government restrictions on the website, a proven and trusted Turbo VPN service is your best option. Turbo VPN is the ideal option if you want to unblock Tumblr while also improving your online security! 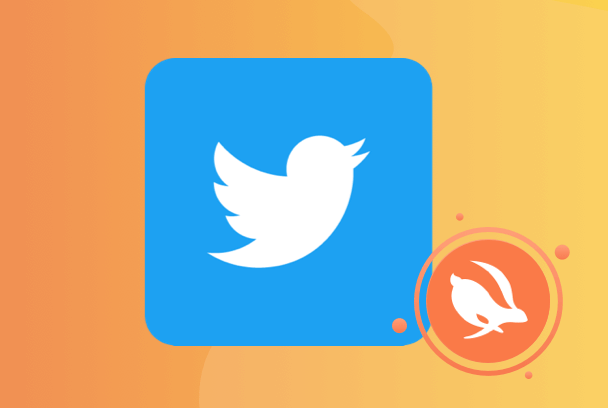 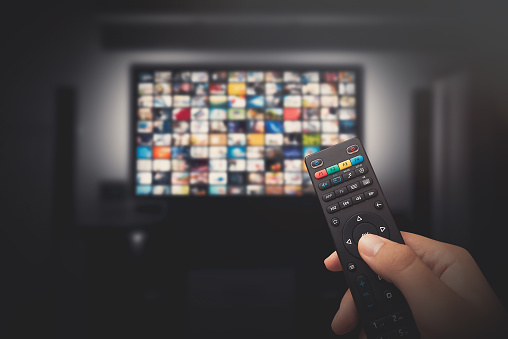 It’s spring, that time of the year when all we want is to relax with friends and family. In that case, Netflix, HBO Max, Hulu, and Amazon Prime Video have a wide variety of new shows and movies in April. The shows include everything from a violently dismembering Mortal Kombat film to a wholesome family-friendly […] 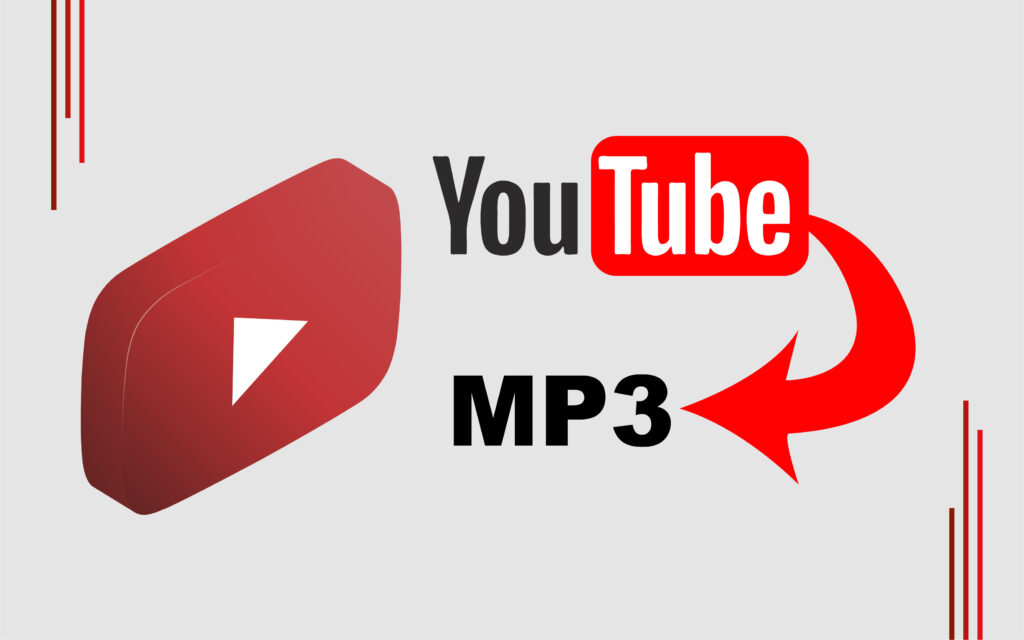 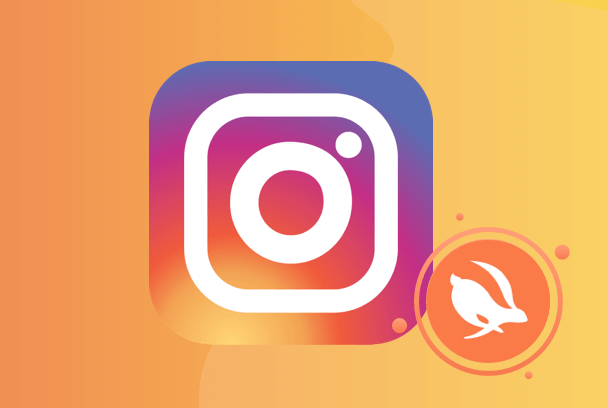 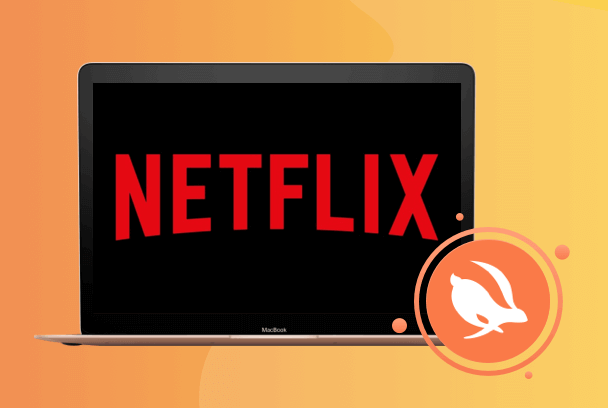