Hacking has a bad image, yet some hackers render the internet a better and safer place. Whether they employ their capabilities for good or evil, hackers possess a wide range of abilities. Indeed, most people held negative attitude toward hacking.

But can hacking be beneficial? The answer is suprisingly YES. That is, hacking can be used in a good way. This type of good hacking is ethical hacking.

In this blog, we'll take a deep dive into the hacking and ethical hacking industry to address all of these issues and more. By reading this article, you will get the information about the fundamental difference between them. And the ways you can protect yourself from malicious hacking.

A hacker is someone who gains access to a digital device, computer system, or network unlawfully or unintentionally. Data theft or destruction, service disruption, and other motives are possibilities for cybercriminals who hack into a system.

While people may use hacking for both good and evil objectives, it's simple to understand how it misused for harmful intent.

Hackers may exploit security flaws in the same way that leaving your door unlocked or your window open might expose you to criminals.

How does it work?

Hackers break through security measures to obtain illegal access to a computer, phone or tablet, or even a network or full computing system. Hackers also use network security flaws to get access. Both technological and sociological flaws could be the causes of a problem.

It is also possible to utilize social engineering techniques to trick people who have access to targeted systems into clicking on harmful links, opening infected files, or divulging personal information.

Hackers may take advantage of software flaws or shoddy security measures to gain access to a network or install malware, for example.

What makes one a hacker?

Most computer hacking is automated. Then, it became a major concern for Internet safety. While some hackers are well-versed in computer science, others can carry out effective assaults only by purchasing attack tools.

Hackers comprised by mostly youths who wanted to earn recognition by breaking into high-profile companies. Nevertheless, nowadays, the hacker community is far more diversified. The main reason is that hacking members motivated by a much wider range of interests.

Online hacking is driven by money, activism, business espionage (spying on rivals), state-sponsored assaults on other countries, or even cyber terrorism.

White hat hackers are cybersecurity specialists who utilize their talents to uncover security holes in computer networks and networks. On the other hand, White hat hackers have permission to get into these systems to find security flaws before criminals do.

A specialist in cybersecurity known as a "grey hat hacker" can hack into computer networks and systems without intending to harm.

For the most part, hackers engage in hacking operations for the sheer fun of discovering security flaws in computer systems. Also, they may even inform the system’s owner of any vulnerabilities they discover.

Amateur hackers are known as "script kids" who lack the sophistication and experience of more seasoned cybercriminals. They use malware that previous hackers have already developed to make up for this.

Ethical Hacking: what is It?

As a cybersecurity specialist, an ethical hacker, or "white-hat hacker," seeks to uncover security flaws in a digital device, computer system, or network to get access.

Isn’t this just like any other kind of hacking? The answer is NO. It's a different type of hacking. White-hat hacker utilizes their abilities to assist firms in improving their security measures. For-profit, a black hat hacker exploits holes in the system.

True ethical hackers only begin hacking if the owner has permitted them to do so in advance.

The purpose of ethical hacking is to examine the current security system and discover methods to enhance and reinforce it. Having an ethical hacker uncover weaknesses in a firm's software allows the company to fix them before being exploited by bad hackers.

White hat hackers use a wide variety of hacking tools and strategies. Ethical hackers specialize in certain areas, but even the most highly-skilled ones are always on the lookout for new techniques.

Ethical hackers conduct penetration testing to determine whether the network, device, or system has security flaws that hackers might exploit.

A penetration test may be classified into two sorts.

Before conducting a penetration test, the ethical hacker is only provided with limited knowledge about the system. When a hostile hacker is outside the network, it is common to simulate a real-world situation and see how much harm they may do. They must conduct their intelligence gathering in this case.

For instance, a firm might hire an ethical hacker to do a VA to detect and fix software flaws before a malevolent hacker can exploit them.

If a software flaw isn’t patched up fast away, the result will turn to a disaster. Software makers have an incentive to find and fix security flaws before malicious hackers do.

It includes programs that scan the system, audit and analyze network protocols or web applications for security flaws or vulnerabilities.

The ethical hacker may also analyze the source code to detect weaknesses. If you don't have access to the source code, this is arguably the most time-consuming method for finding vulnerabilities.

How to protect yourself from black hat Hacking

Today's hacking takes on so many guises and targets so many different sorts of organizations that every business and government agency needs a multi-tiered protection plan. Also, this plan must consider the needs of both individuals and systems to ensure its effectiveness.

Use Turbo VPN to protect yourself from black hat hackers

VPNs encrypt and route your data over a VPN to protect your online activity. Turbo VPN will hide your IP address, and snoopers won't be able to track you down using this method.

A hacker may access your data if they have access to the network you're using, such as if you've connected to an unprotected public Wi-Fi. A VPN provides additional security and scrambles any data that's intercepted.

As a result, any cyberattacks that need the hacker to know your IP address will likewise be far less possible, as the only IP they'll be able to access is the one linked with the VPN server. This will make your online life safer and keep hackers away, making your online experience more secure.

Now you must realize the fact that your online security is very important. It makes a lot of sense to try and do everything to ensure you are secure.

Consequently, you need some extra help for protecting your online privacy. The best tool you should use is definitely a reliable VPN proxy. And Turbo VPN, the best-in-class VPN proxy in the industry, is the one you should use for cybersecurity and entertainment. You can also prevent security threads by using Turbo VPN.

Turbo VPN offers both free and premium membership of VPN services. It's available on Windows, macOS, Android, iOS, and much more. Also, up to 5 devices can be connected at the same time.

It's about to subscribe the premium membership of Turbo VPN with a 30-day money-back guarantee. Choose Turbo VPN today to fight against hacking.

Ransomware: what is it and how does it work 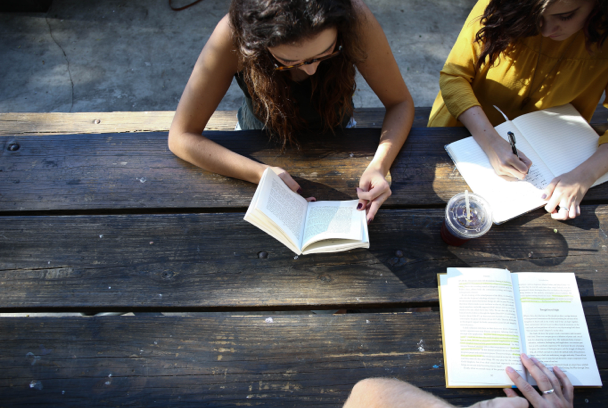 Ransomware: what is it and how does it work 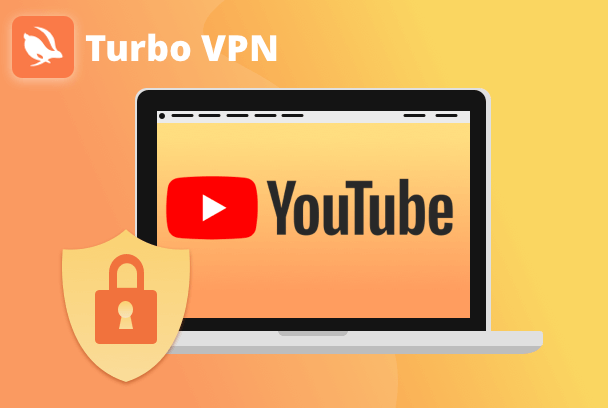 YouTube provides a value that is irreplaceable in our modern age. It contains a vast collection of content ranging from educational material and thorough tutorials to general entertainment for people who simply need to wind down. Unfortunately for many people around the globe, YouTube is not as easy to access as we might think. Nevertheless, […] 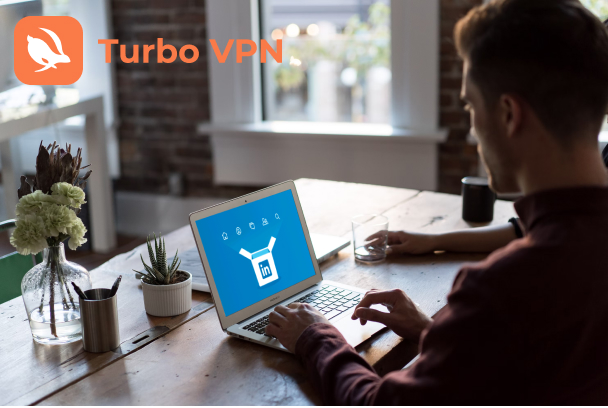 There are scammers on every single social media network out there and LinkedIn is no different. But the types of scams on LinkedIn are different from those on Facebook and Twitter. For example, on the Facebook marketplace, people might be scamming you by selling something that is absurdly overpriced or damaged. On LinkedIn, scams focus on a person's professional […] 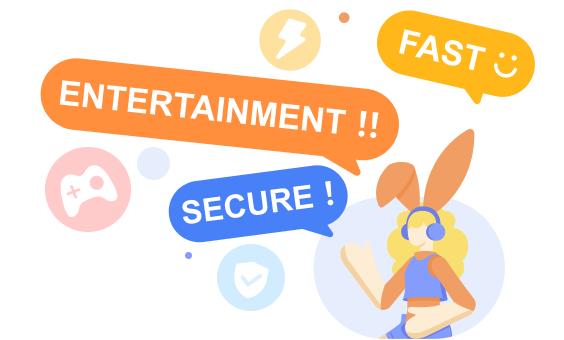 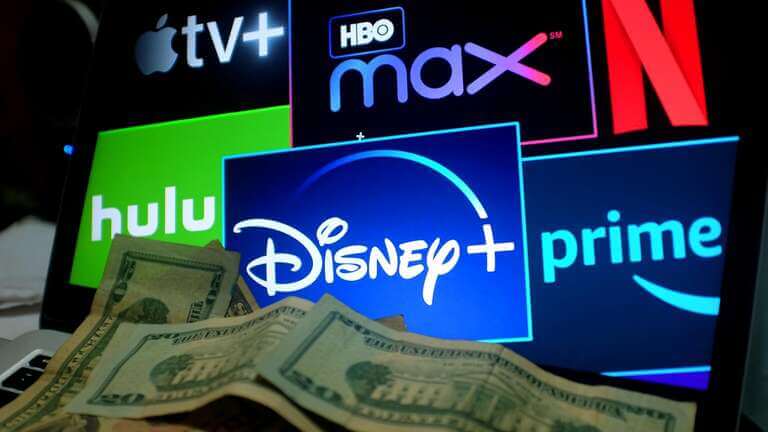